Addressing the fourth graders aged eight and nine, Dr. Saoud began the workshop with a short presentation on Nanotechnology, illustrating the concept using an iPod nano and the millions of transistors its small chip contains. “To help them understand just how small nano is, I explained it is as a billionth of a meter, also as 80,000 times smaller than the diameter of a single human hair. A single human hair is around 80,000 nanometer in diameter, and our eyes can’t see below 50000 nm.” The youngsters were awestruck at the idea of something that small being made and used in technology.

The fourth graders were also introduced to nanomaterials like self-cleaning coating for glass and clothes, anti-fog coating for glass, anti-scratch coating for wood, magnetic ferrofluid or ‘liquid magnet’, silicon wafers and the color effects of nano thin films. They learnt some magic tricks, had fun writing invisible secret messages that could be seen only when they breathed on them, and Dr. Saoud was inundated with requests for their shirts to be coated with self-cleaning nanomaterials. “Most of the applications demonstrated are used in design and some of my physics students use them in their projects,” said Dr. Saoud whose research focus is to make nanomaterials which can be used in different design applications.

Last year 80 grade three students visited Dr. Saoud’s lab at VCUQatar and participated in 17 demos about materials, energy, light and solar energy. The response from both teachers and parents has encouraged Dr. Saoud to make this an annual workshop. He’s also planning to host a public workshop later this year at VCUQatar with Byrad Yyelland, director of Liberal Arts & Sciences at VCUQatar, titled, “majo sociology” for K12 students and their teachers to introduce them to this new technology and explain the social impact on their lives.

“I think it is important to introduce young students to nanotechnology since it will impact their lives by finding cures for cancers, reducing pollution, etc. besides being used in ‘magic’ products like clothes that make you invisible,” he concluded. 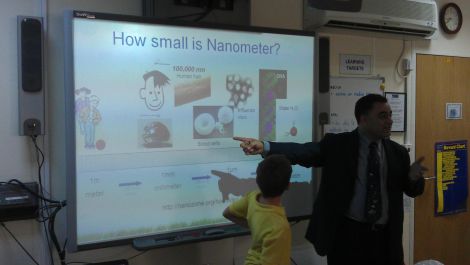 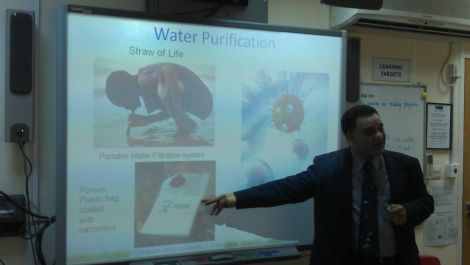 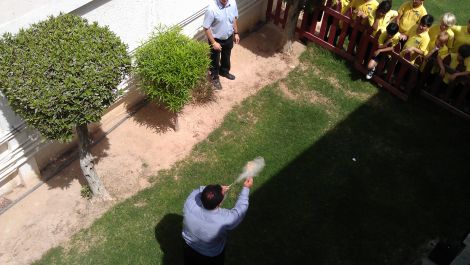 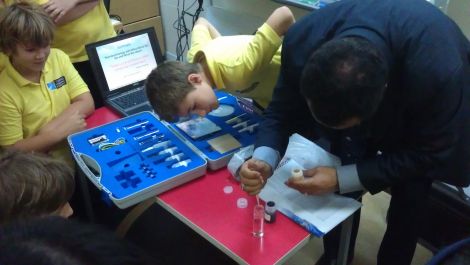