In the film, a woman with depression struggles to keep up appearances in front of her chirpy and driven office colleagues. An encounter with a dying cockroach in the office toilet develops into an absurd friendship, becoming the comforting companion she needs until she realizes its destructive effects on her life.

Maysaa, who teaches Space Research in the Art Foundation department, was compelled to tell the story after her observations on the misunderstandings of depression and mental distress. The film was made with support from the Arab Fund for Art and Culture, Doha Film Institute, and VCUarts Qatar. 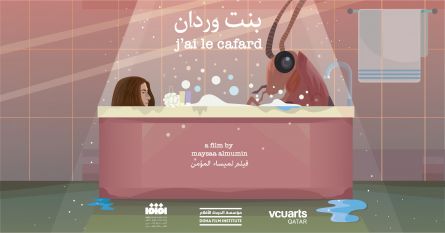