Demura was the stunt double for Pat Morita, who played Mr. Miyagi in the Karate Kid movies in the 1980s. He also starred in movies alongside actors such as Sean Connery, Burt Lancaster, Wesley Snipes, Harvey Keitel, and many others, and taught legendary martial artist, movie star and cultural icon Bruce Lee how to use the nunchaku, the traditional Okinawan martial arts weapon that is typically made of two pieces of wood which are linked by a short piece of chain or rope.

He has since become one of the world's most respected masters and is the focus of the multi-award winning documentary "The Real Miyagi" which can be found on Netflix.

He was visiting VCUarts Qatar to teach Shodo (Japanese calligraphy) to our students. This was his second visit to the University, following on from his first in 2013, when he also gave a class in Shodo. He also visited our Materials Library. He was joined by Ken Nishiki, who was trained by Demura.

Demura was shown around the University by Dr. Byrad Yyelland from our Liberal Arts & Sciences department. Byrad has been practicing Shito-Ryu Genbu-Kai Karate-Do for almost 20 years and currently holds Nidan rank (2nd degree black belt). He trained personally with Shihan Demura many times. He was the Chief Instructor of Shito-Ryu Genbu-Kai Karate-Do Qatar for almost 10 years and it was on that basis that he represented both Qatar and Canada at Shihan

Byrad was also one of the Associate Producers of The Real Miyagi. He teaches karate on Sundays and Thursdays from 5-6pm in the dance studio of Georgetown University in Qatar. 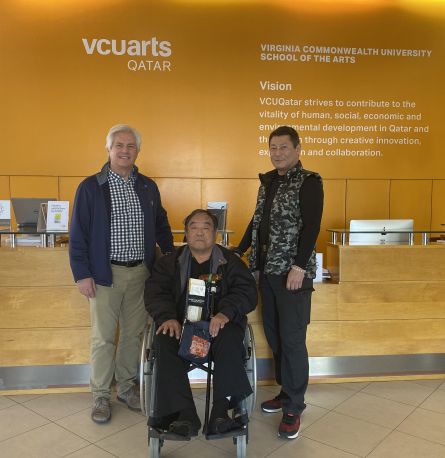 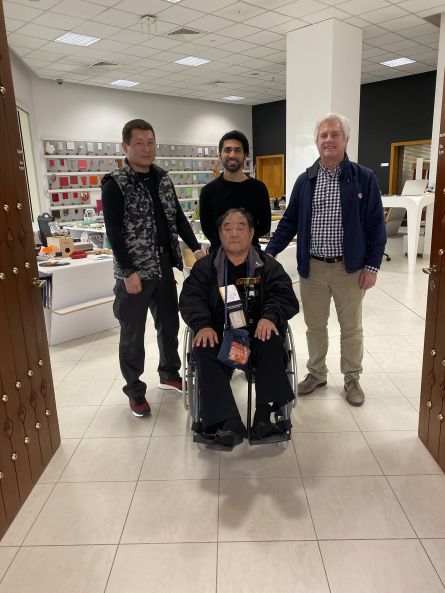